The microscope shown below is an early Standard, the Zeiss-Winkel Standard GF (= Grobtrieb / Feintrieb). The coarse adjustment works on the arm and not on the stage as in the later Standards. The stiffness of the focus adjustment can be adjusted by turning the fine adjustment knobs in opposite directions. A magnification changer is built into the head which can be used to switch the magnification from 1x to 1.6x. 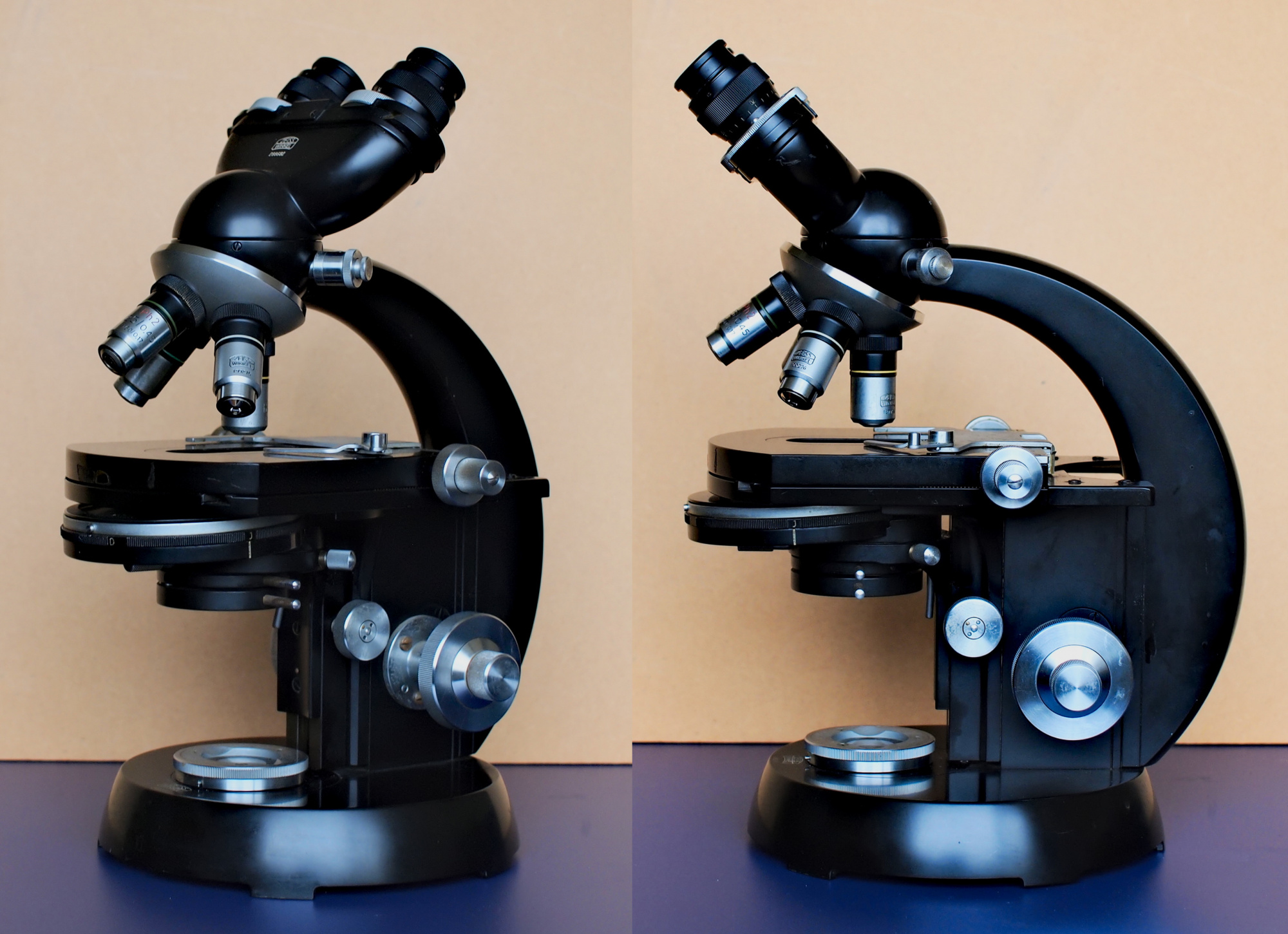