Diatoms are brown microalgae that can be found in all freshwater and marine environments. They are an important link in the ecological cycle. In streams and rivers you often see stones covered with a brown layer that is formed by diatoms. All algae have chloroplasts in which photosynthesis takes place. They perform the same function as the chloroplasts in the cells of terrestrial plants. The chloroplasts of diatoms have a brown color because, in addition to chlorophyll, they also contain the brown pigment fucoxanthin. Fucoxanthin is also found in brown seeweed that is common on beaches.

The cells of diatoms are surrounded by a two-part exoskeleton called a frustule that is made of silicon dioxide (the mineral in quartz). The frustule consists of two halves called valves that perfectly fit together. Depending on the symmetry of these valves, a distinction is made between centric (with radial symmetry) and pennate (with bilateral symmetry) diatoms. The frustules often have beautiful symmetrical shapes and refined structures. Diatoms can tell a lot about the water quality in lakes and rivers; they are good indicator organisms.
Diatoms are also used in human industry. An example of this is diatomaceous earth, a product that consists of the skeletons of diatoms and it is used in filter and purification systems.

Shown below is a small collection of pictures of diatoms that I found in water samples from various ditches and ponds. 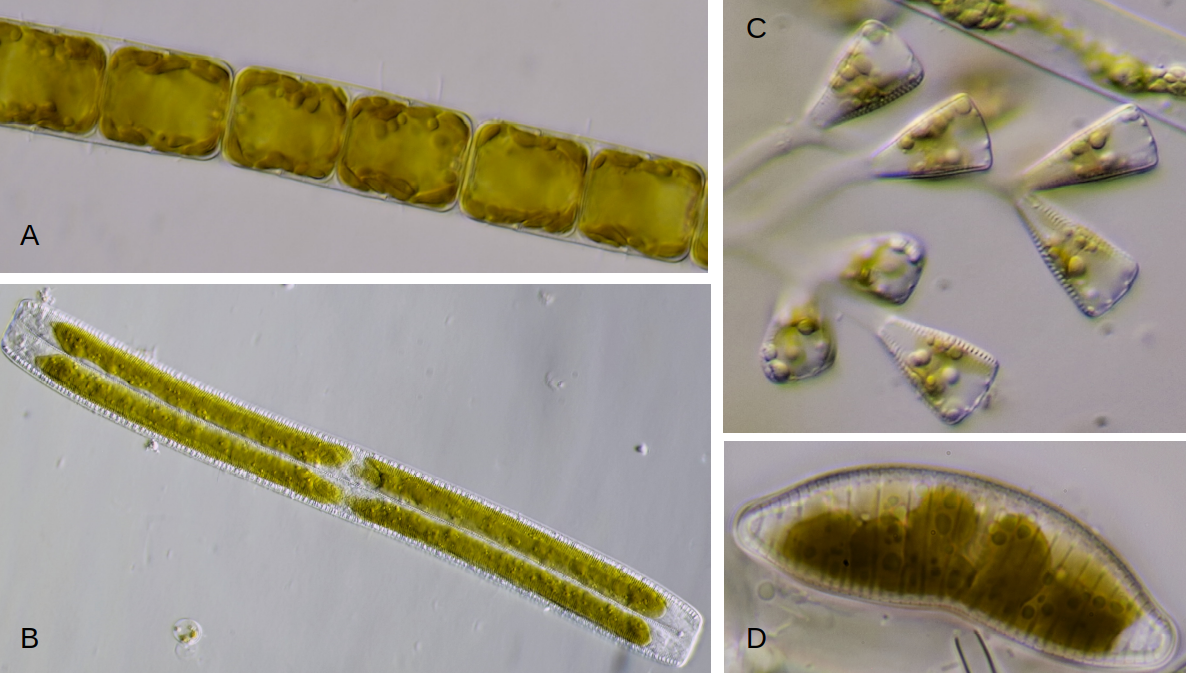 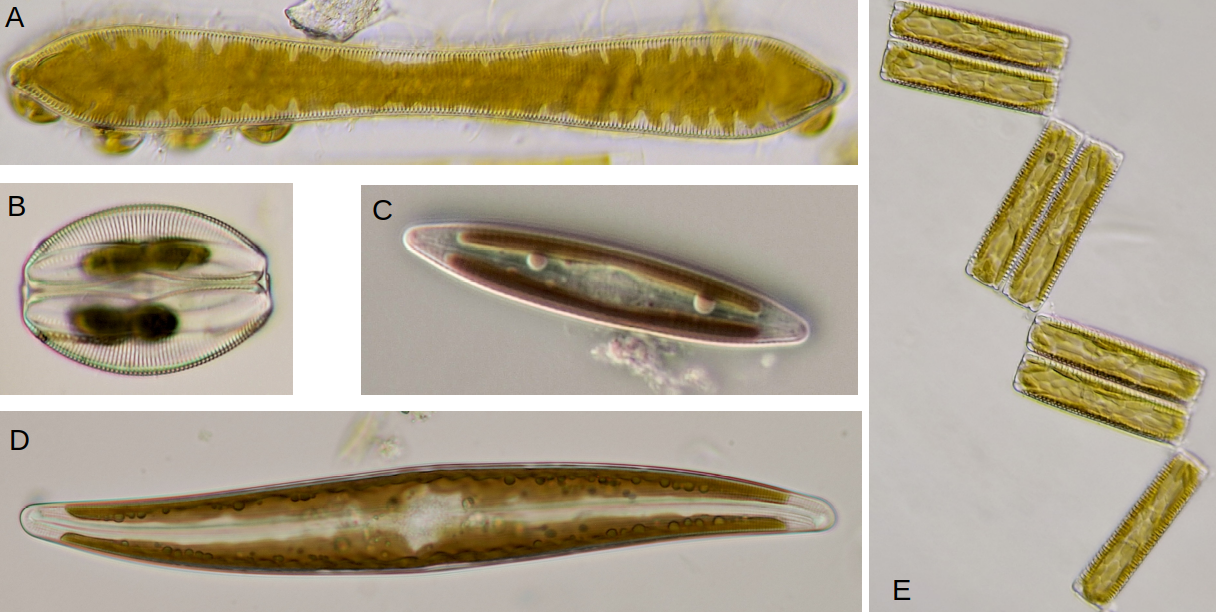 Diatoma from various samples taken from the Maas near Kessel. The pictures were made with Zeiss-Winkel Stativ B and 40/0.65 objective. 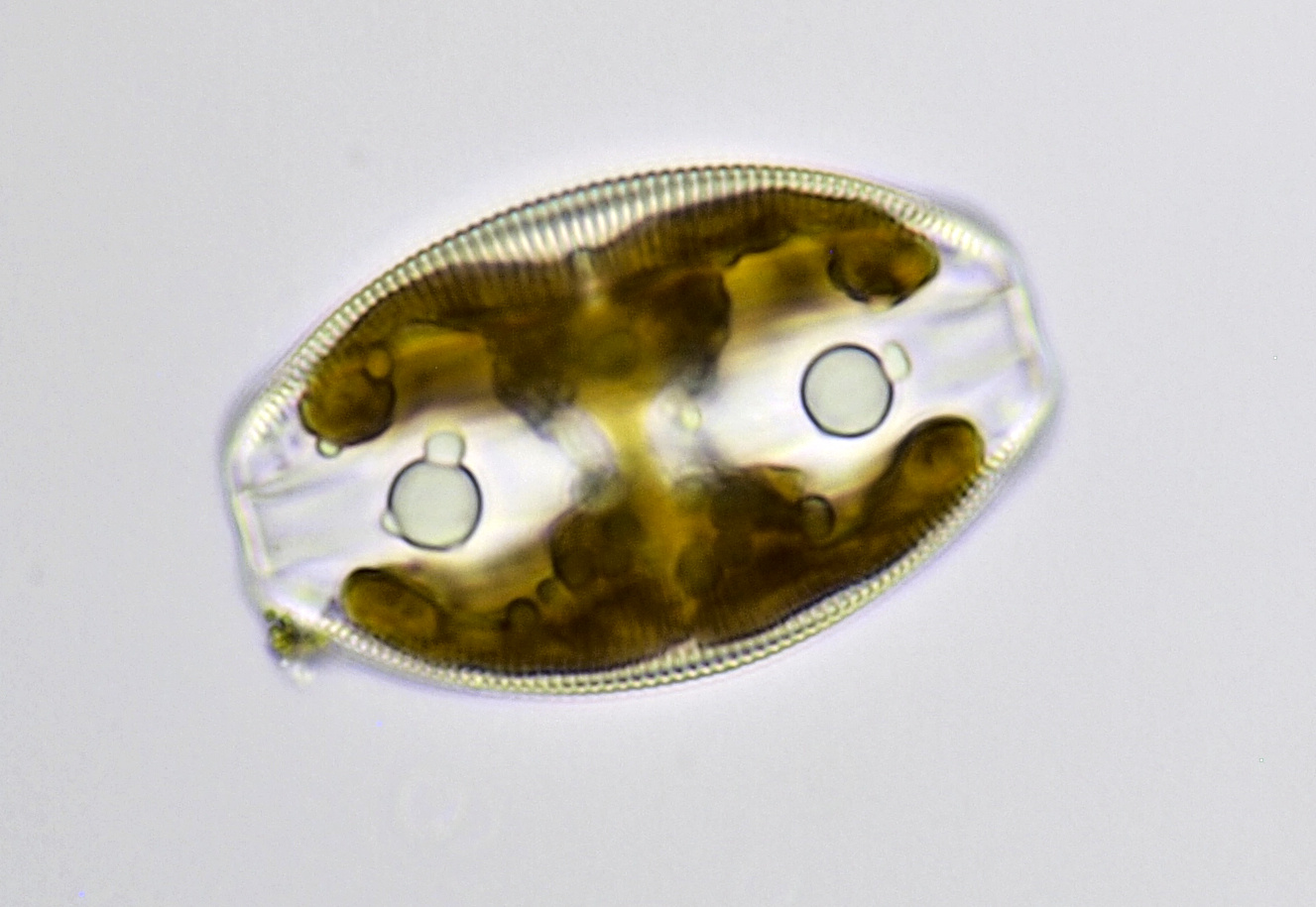 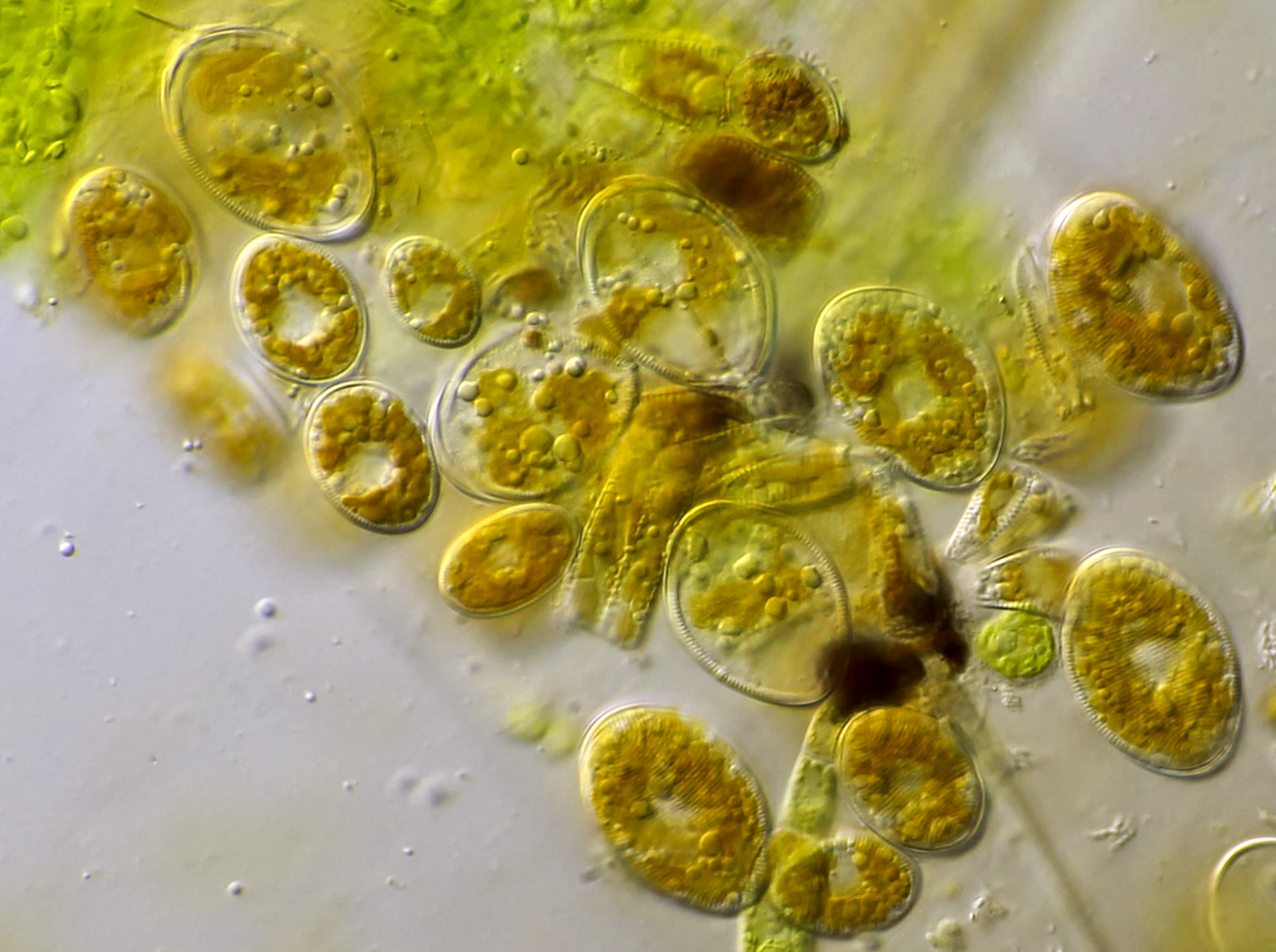 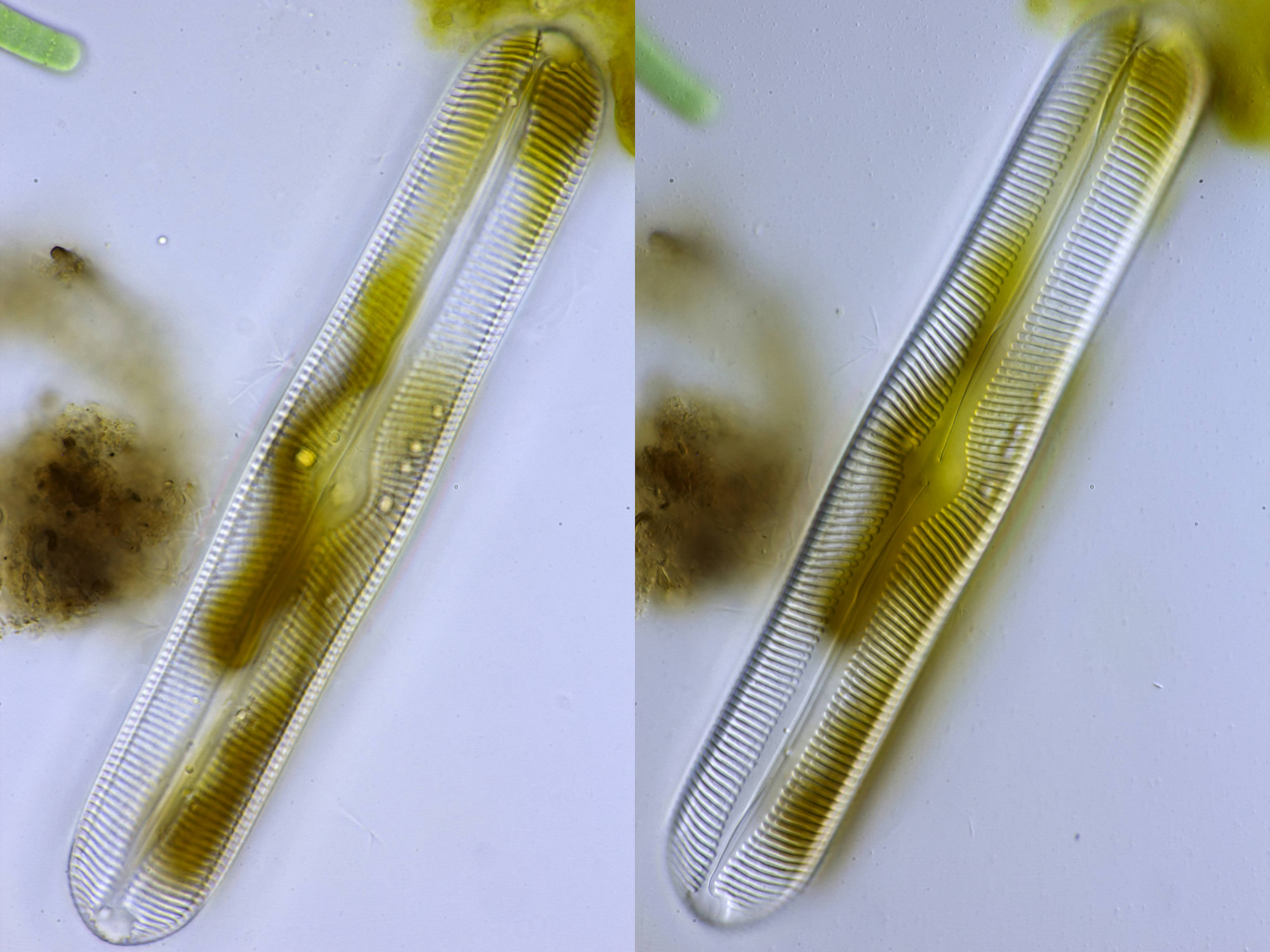 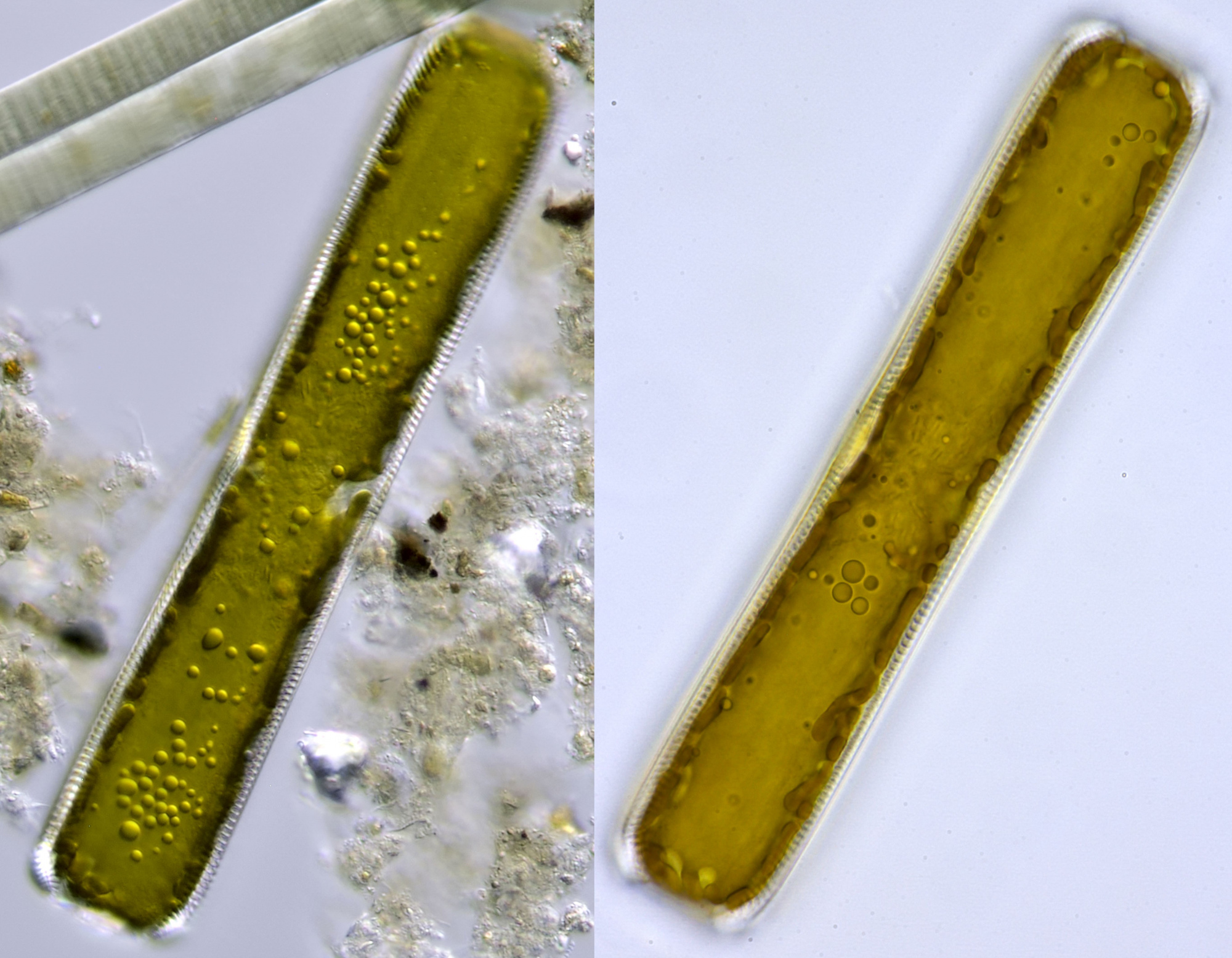 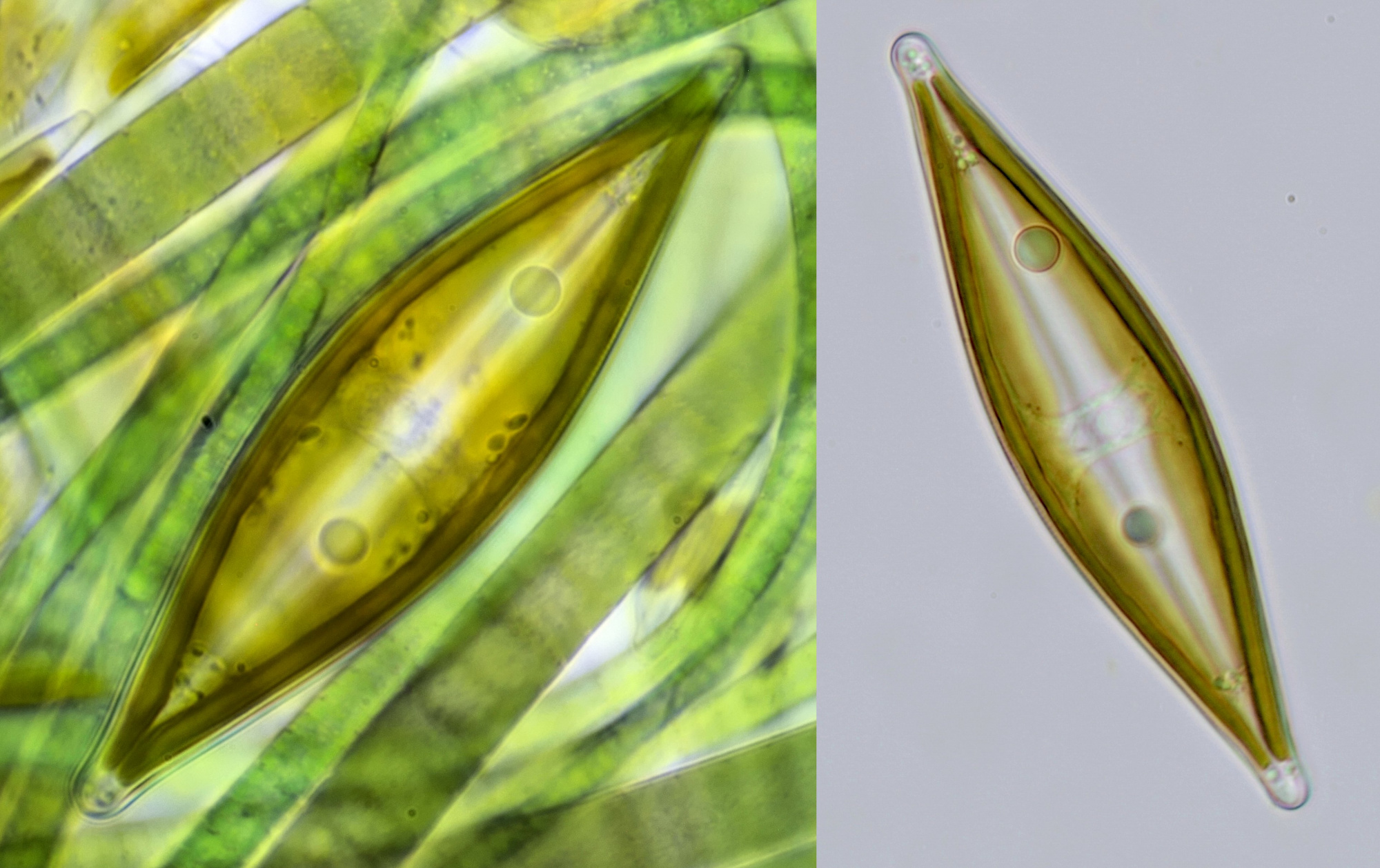 Diatoms such as Navicula can move. It is fascinating to see how they go through the water like boats. No wonder that Navicula means 'little ship' in Latin. 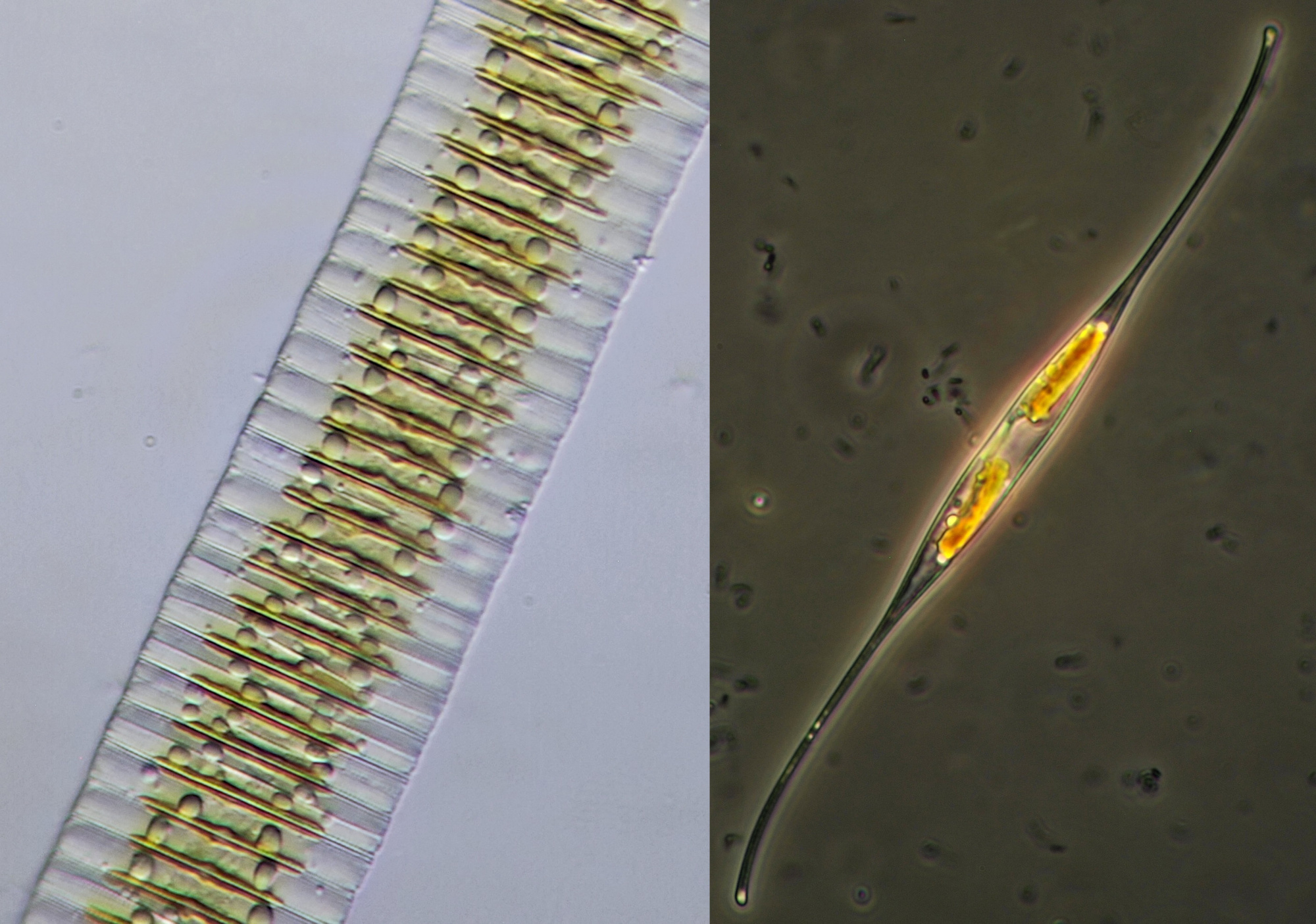