In the cells of most plants, crystals consisting of calcium oxalate are found which are formed by a process called  biomineralisation. It is thought that these crystals act as a storage reservoir for calcium and also provide for the storage of toxic waste (detoxification). The crystals come in a variety of shapes and some are characteristic of certain plant groups. In monocotyledonous plants, there are other crystals found than in dicotyledonous plants. There are roughly three types of crystals: druses, styloids and raphides. All of these types can occur in monocotyledons. Raphides are the most common and they are shaped like needles that are often arranged in bundles. The phase contrast image above shows these needle-shaped crystals in the epidermis of Dracaena. In polarised light, some calcium oxalate crystals light up in different colours as shown in the next picture. 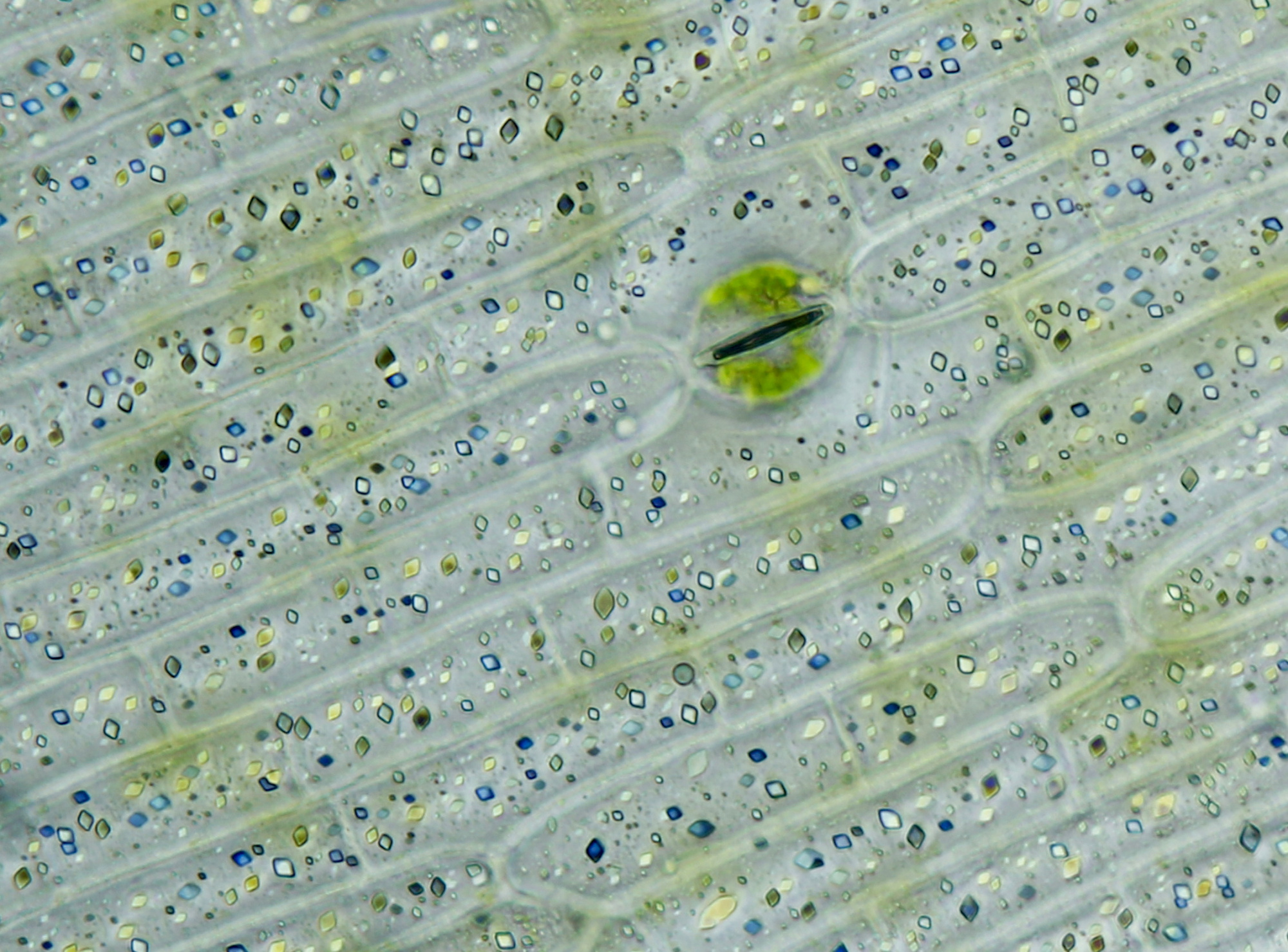 Calcium oxalate crystals photographed with polarised light in the epidermis of Dracaena marginata.

Calcium oxalate in the form of druses in Ivy (left) and styloids in Onion (right).

Oxalate crystals in cells from the inside of a pea pod. Imaged from left to right in brightfield illumination, oblique lighting and polarised light.

Calcium oxalate in a leaf of Canna. Imaged in oblique illumination (left) and polarised light (right).