The wide variety of colors in flowers and fruits is largely caused by pigment containing organelles called chromoplasts. Chromoplasts belong to the plastids and they are responsible for the bright red, orange and yellow colors in many fruits and flowers. Chloroplasts develop into chromoplasts during the ripening of fruits through the formation of carotenoids. The carotenoid pigments include two groups of dyes: the carotenes (orange) and xanthophylls (yellow to red). The latter group is responsible for the colors of leaves in the autumn. The orange color of carrot is caused by beta-carotene, a carotenoid pigment that is converted in the body into vitamin A.

Chromoplasts are very variable, in different plant species and cell types they have different shapes and sizes. In sweet peppers and tomatoes for example, the chromoplasts consist of round or oval shaped grains. And the chromoplasts in the cells of a rose hip can have very irregular shapes.

It is easy to prepare a microscope slide from the pulp of a ripe rose hip by scraping off some material on the underside of the peel.

Cell from the pulp of a rose hip containing chromoplasts. The nucleus in the cell is also visible, located on the far right against the cell wall. Pictures were taken with bright field illumination (left) and polarized light (right).

Irregularly shaped chromoplasts in the cells from rose hip. 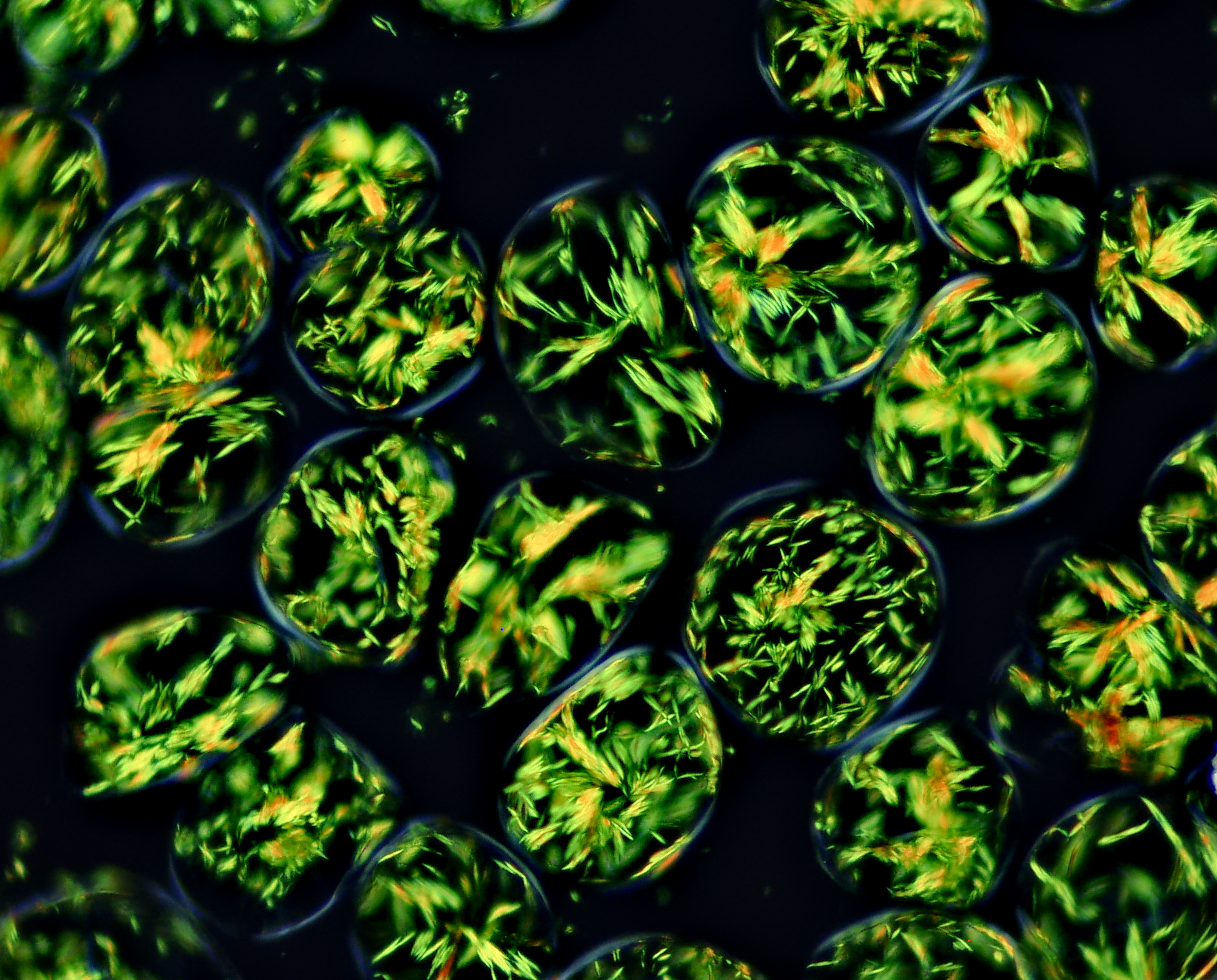 Cells from the pulp of rose hip photographed in polarized light.

In paprika, red and yellow chromoplasts are found. Here too we see different shapes, usually round or oval and sometimes they have the shape of a donut.

Chromoplasts in a red (left) and yellow (right) paprika.

Chromoplasts in paprika, some of which have the shape of a donut.

Different types of yellow and red chromoplasts are seen in the cells of tomatoes, either as intact organelles or crystalline forms. They contain, among other pigments, the carotenoid pigment lycopene. 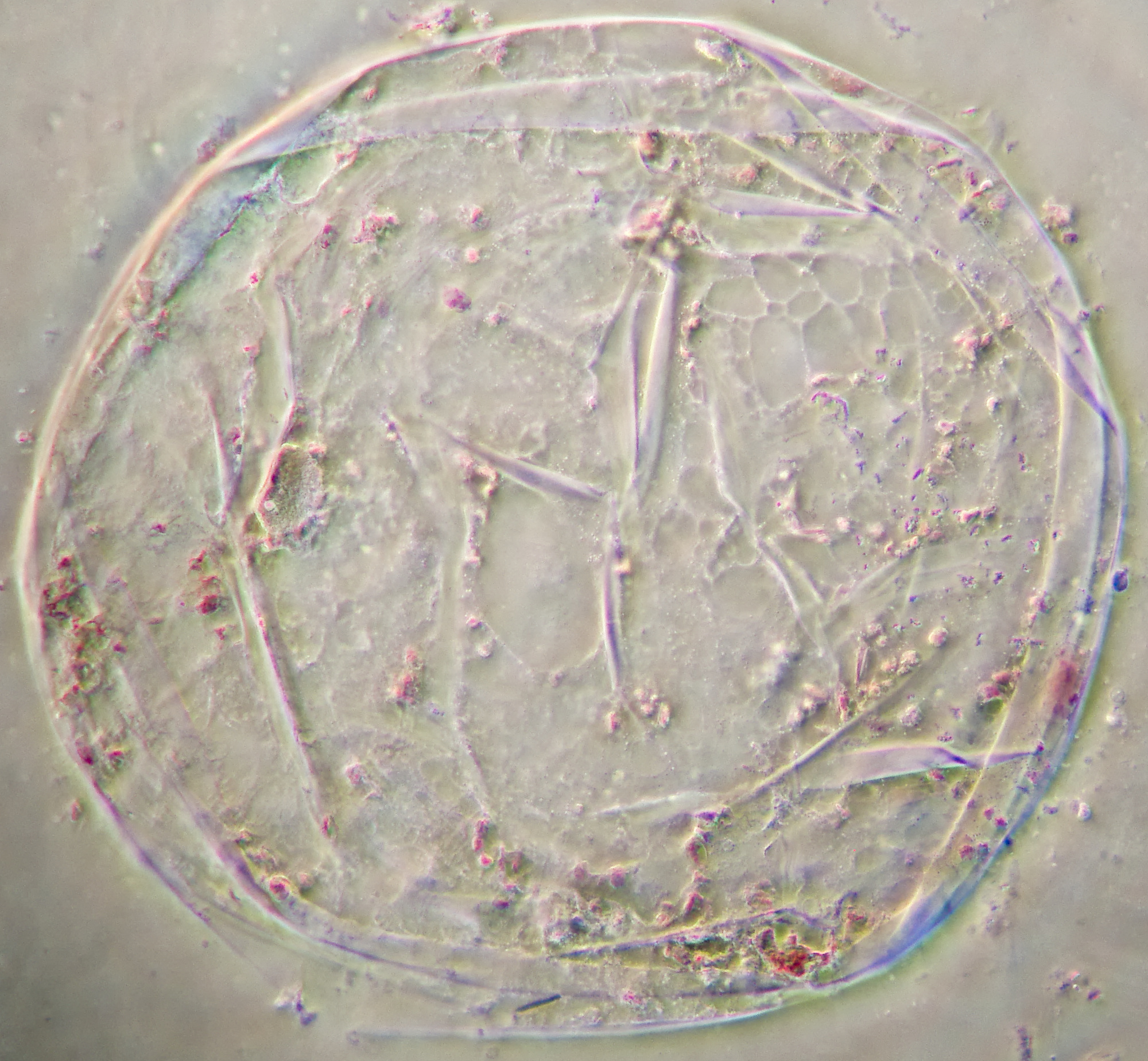 A cell from tomato containing chromoplasts in different shapes. To the left of the center, the nucleus with a nucleolus can be seen. Imaged with oblique illumination.